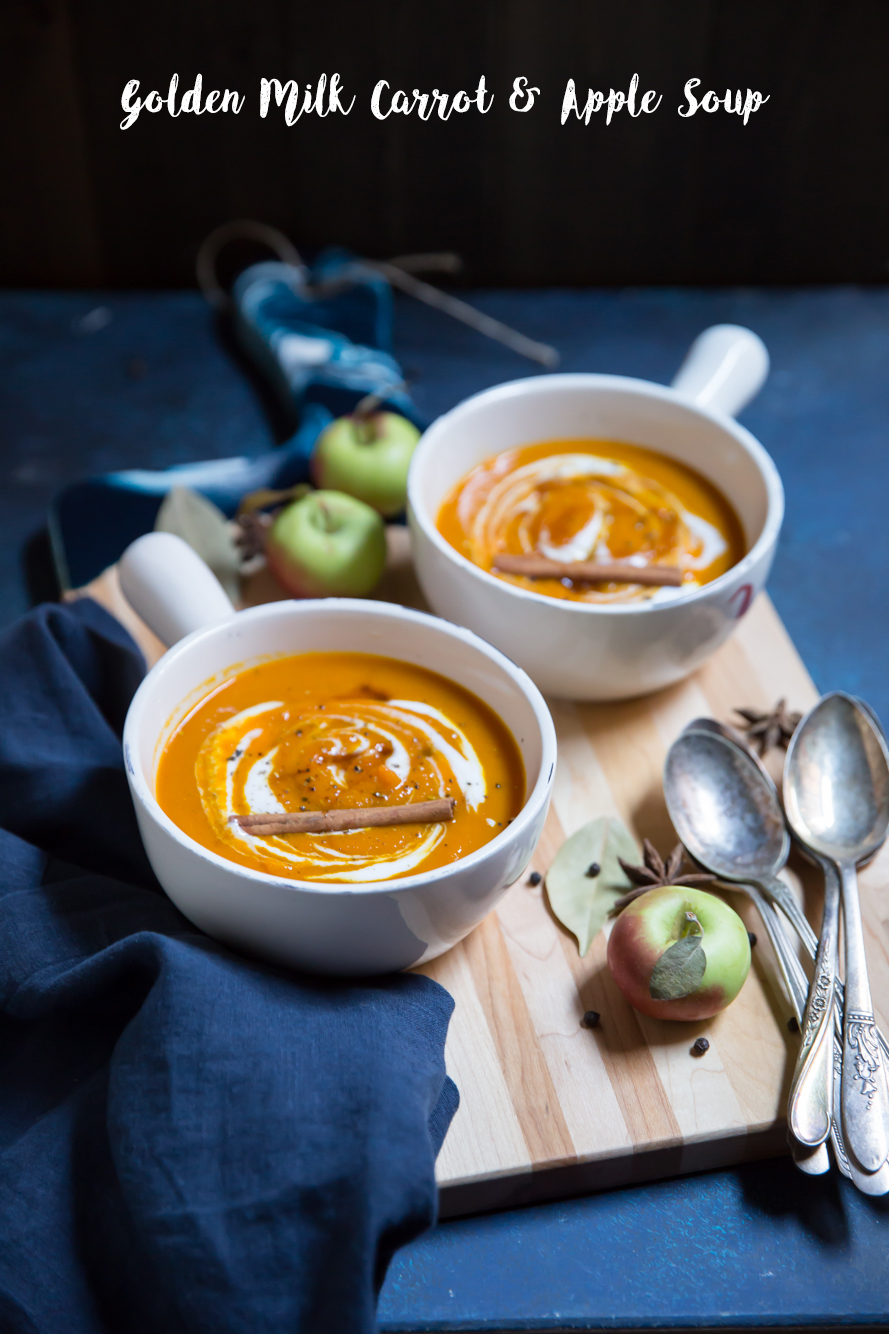 I wait all summer to put on a granny sweater and whip up a warm mug of golden milk! The healthy drink, sometimes called Turmeric Tea, stems from India, where they add fresh turmeric to warm milk for it’s anti-inflammatory properties. 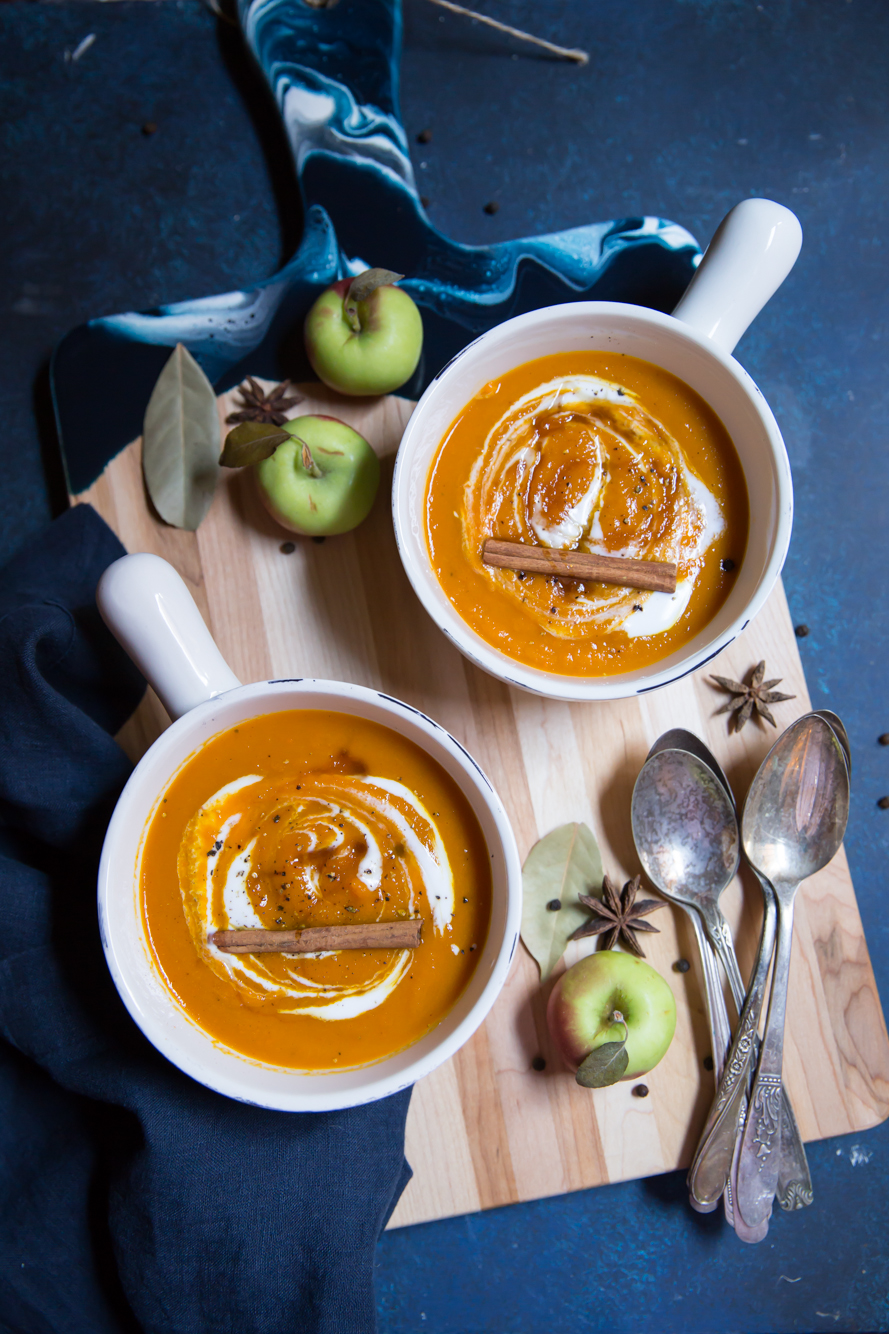 Golden milk is the Westernized version of the Ayurvedic drink, popularized by bloggers worldwide. The immune boosting drink usually includes: 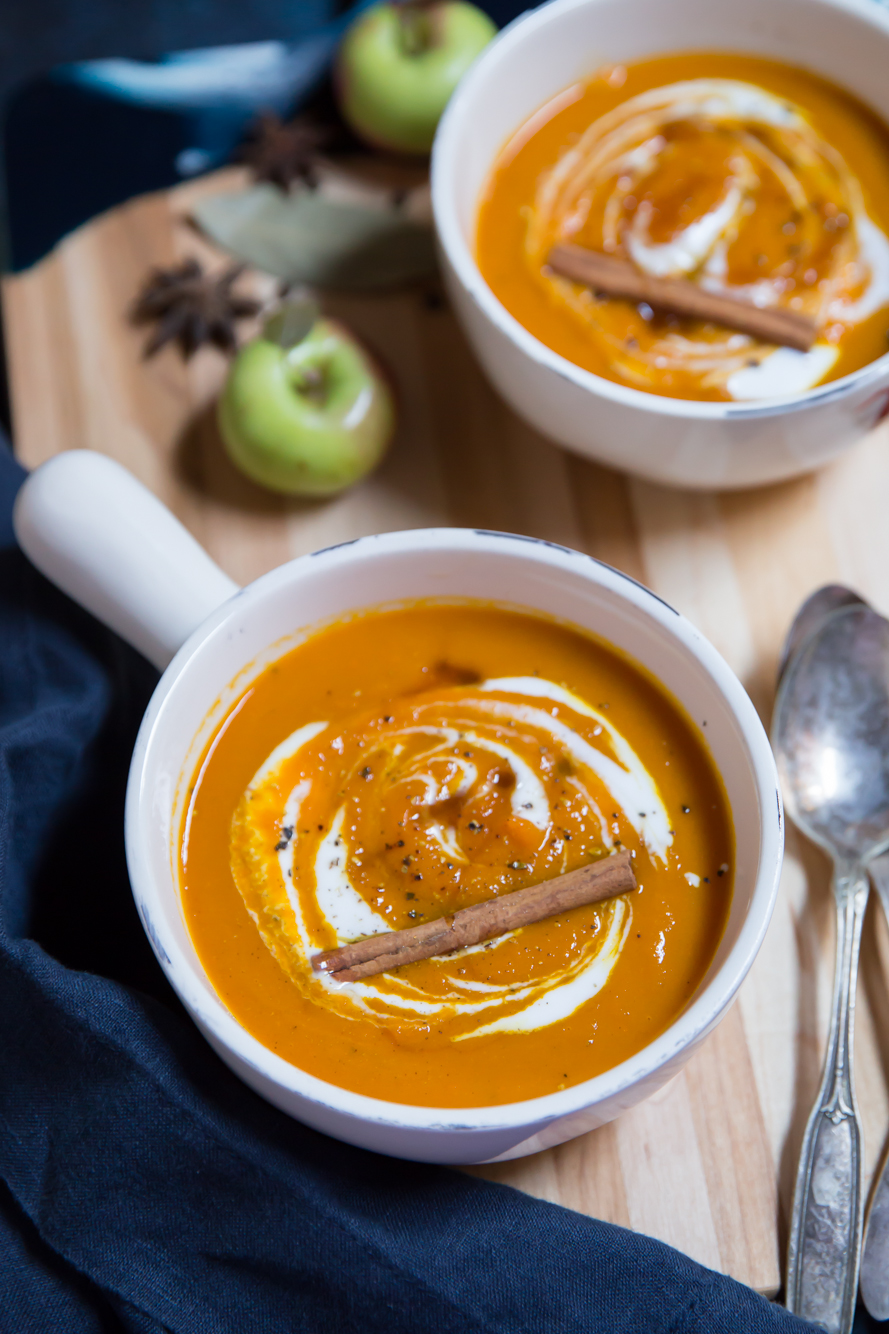 To get the most health benefits out of the tea, fresh and whole spices are used and the honey is added at the end, without heating. With curcumin from the turmeric, piperine from the black pepper, and MCT’s from the coconut milk, golden milk is said to improve memory, relieve joint pain, improve blood pressure, reduce LDL cholesterol and prevent cancer! 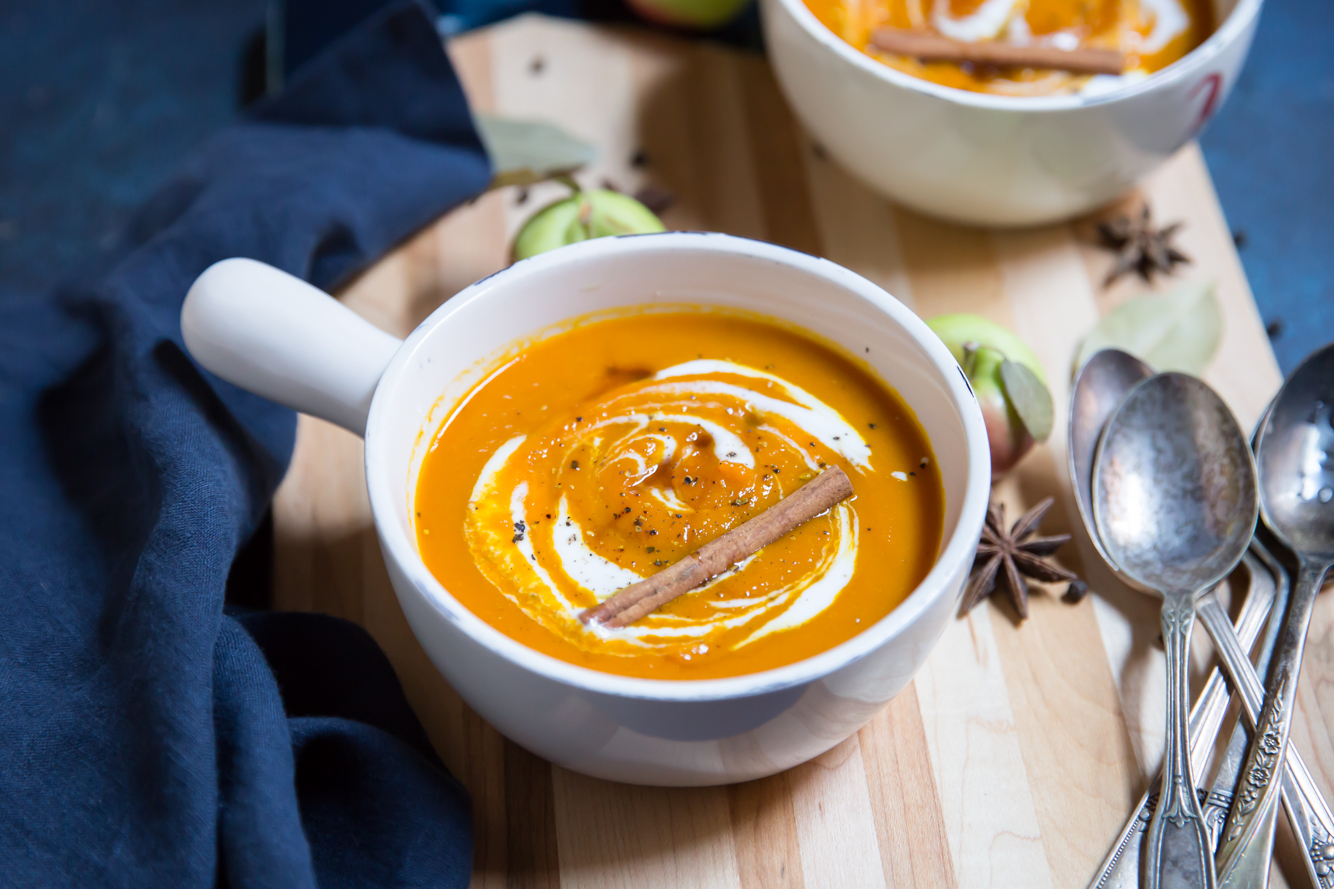 With Rosh Hashanah around the corner, I decided to incorporate my favorite winter drink into a Simanim-filled soup and the results were absolutely delicious! I think adding apples + apple cider to my soups is my new thing – a burst of apple in every bite! 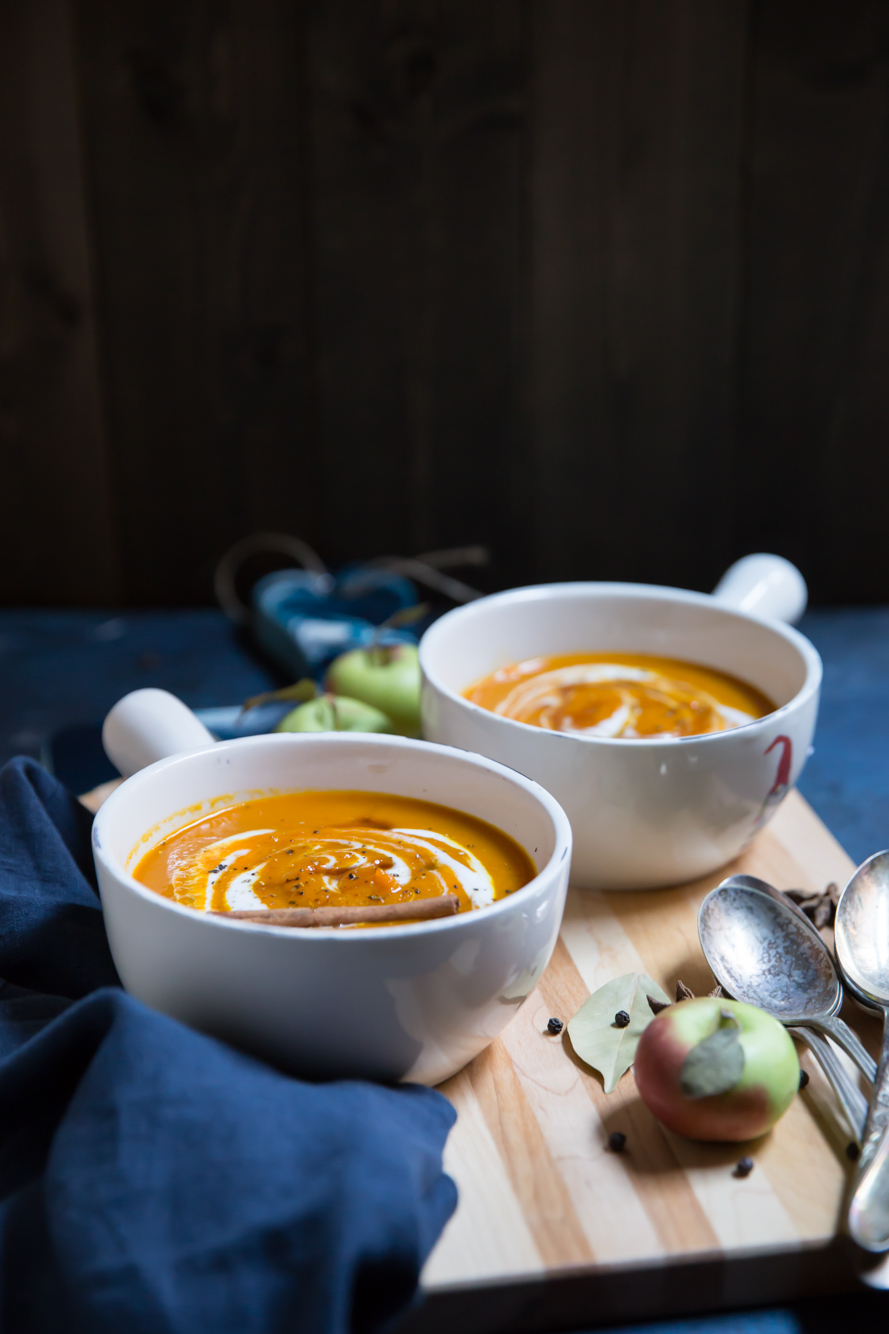 Now I think the only thing better than the health benefits of Golden Milk is adding carrots – our parents always told us it was good for our eyesight, right? And don’t they say that an “Apple a day keeps the Dr. away?” Golden Milk just got an upgrade. 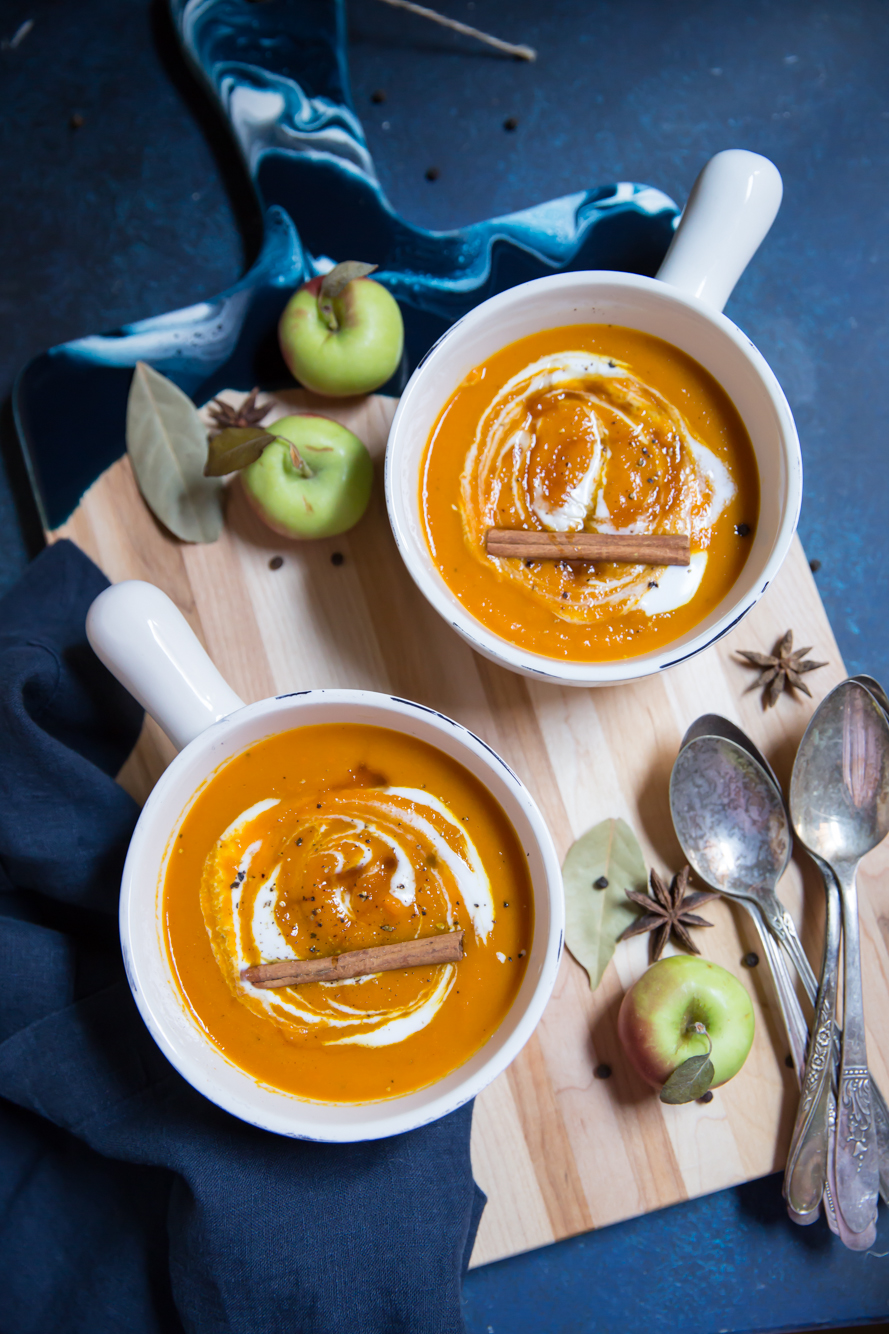 Heat olive oil in a large soup pot. Add the leeks and saute until softened. Add the carrots, apples, stock, cider, turmeric, cinnamon, ginger, salt and pepper and bring the mixture to a simmer. Cook until the carrots are soft, about 30 minutes. Blend with an immersion blender and add the coconut milk and honey, to taste (depending on sweetness). If the soup is too thick, add water, stock or more apple cider until desired consistency is reached.

To serve, swirl in coconut milk and add a drizzle of honey, freshly ground black pepper and a cinnamon stick, if desired.

NOTE: if you don’t like coconut or you have an allergy, leave it out and add more stock, cider or water.

This soup may be frozen. 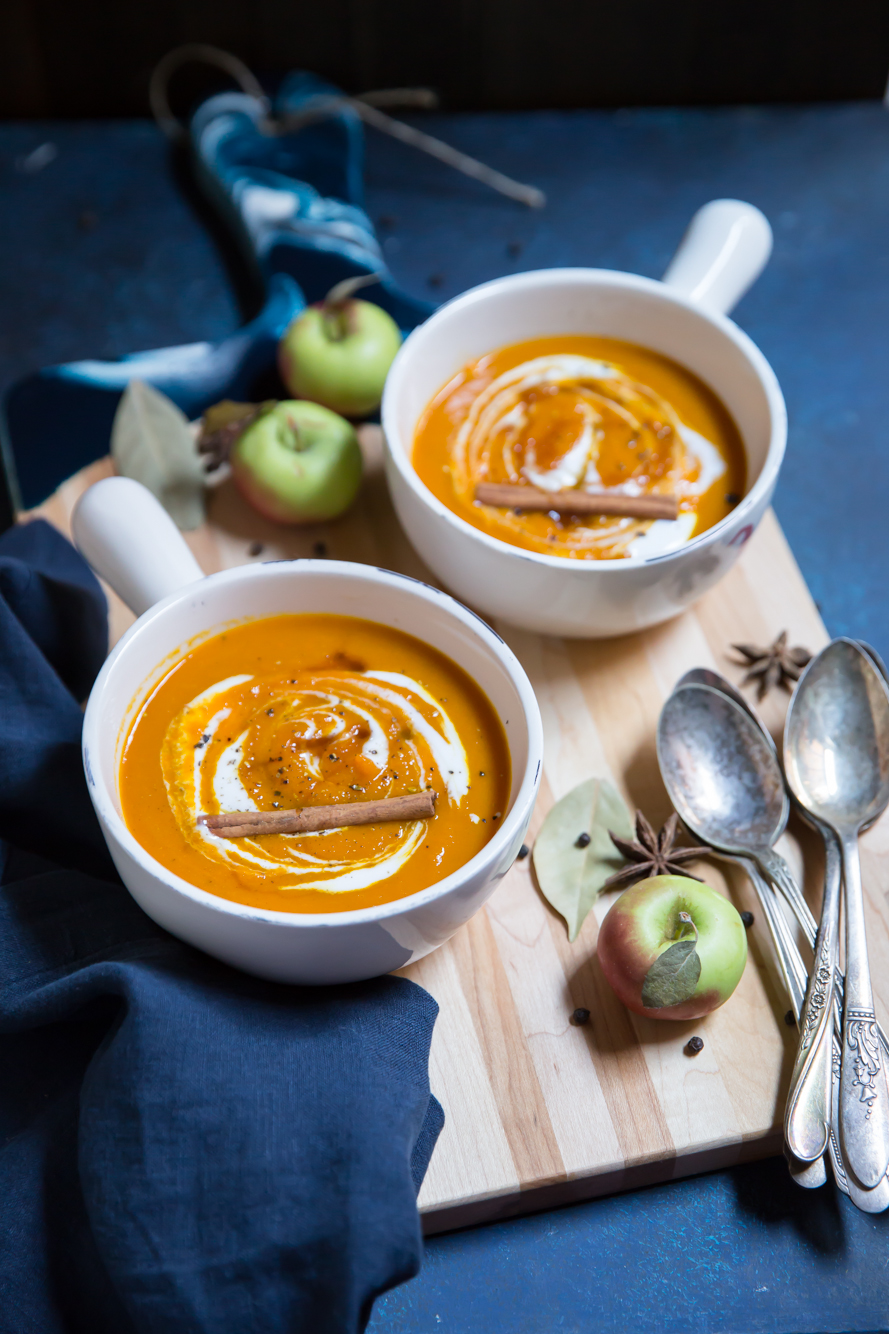