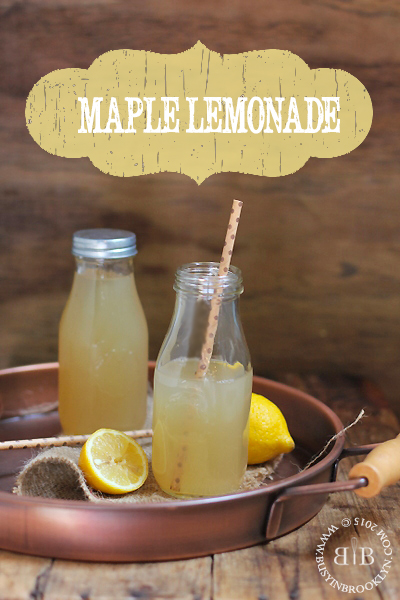 I’ve got a budding entrepreneur on my hands! My oldest daughter has been dreaming up business ideas since she was four. At nine, she’s already lined up her classmates to work in her salon (which she named, “Make It Up”) and she’s been saving up her Chanukah gelt for years! Entrepreneurial spirit is definitely in the genes, so it’s no surprise that she’s so business-minded. 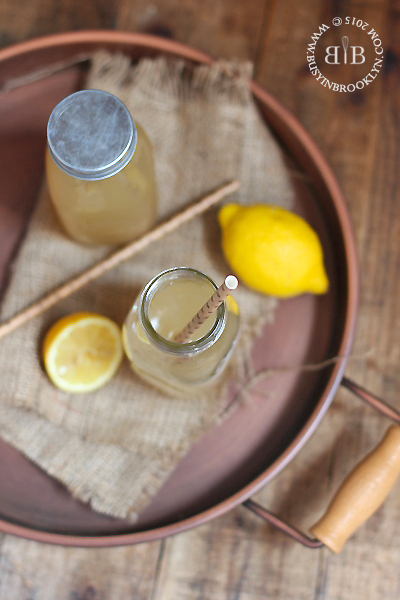 When the weather starts to warm up, my little businesswoman starts dreaming up her lemonade-stand strategy. This year, she decided to sell brownies and saltwater taffy in addition to watermelon lemonade. Pink lemonade is always a good seller with the kids, and it’s so much fun to watch their faces when they take their first sip. We’ve done watermelon limeade before, so we went with lemonade this time. I made some chewy brownies with colored sprinkles and we headed to the Bay Parkway waterfront to set up our stand. It was such fun to watch my daughter in action! She would light up with every customer, and she took each sale so seriously. The passersby were so impressed! She netted $30.75 profit, which she put aside with all her savings, after tipping her sister $5 for helping. 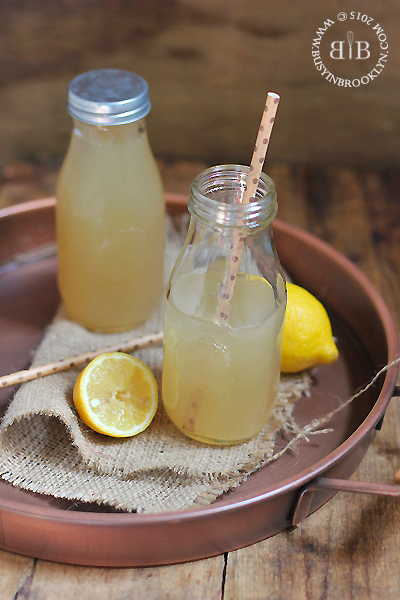 My kids are huge lemonade fans, and not just for selling. Our absolute favorite recipe is one that I tasted at one of Levana Kirschenbaum’s cooking demo’s. She actually made it for my kid’s camp last year and I’ve been making it ever since. Traditionally, lemonade is made by making a syrup out of sugar and water, but with Levana’s maple version, there’s no need for that! I also love that the maple syrup is a natural sweetener, so it’s healthier than the traditional. Thanks to Levana for allowing me to share this recipe with you all!

Place all the ingredients in a jar or pitcher and stir well. Mix again before serving as the maple syrup tends to settle at the bottom. 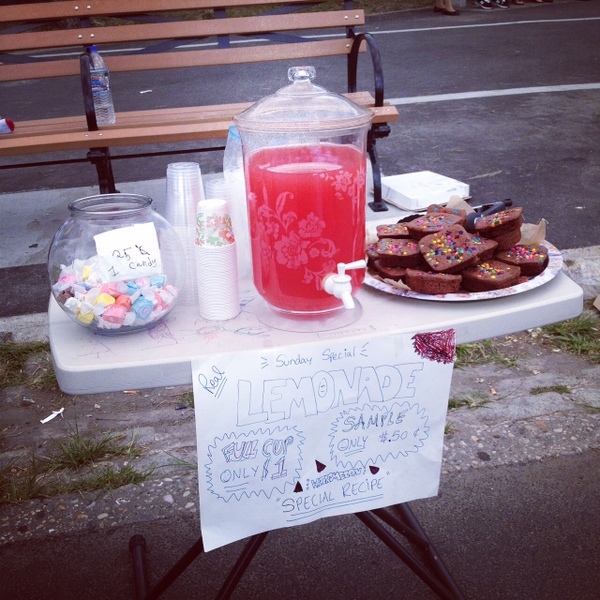 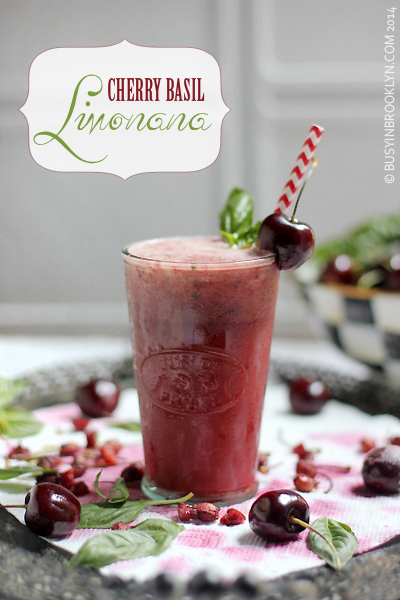 If you’ve never tried limonana, you’re missing out on an amazing drink! The traditional thirst-quencher is made by mixing lemonade with lots of fresh mint and ice – for a refreshing summer treat. 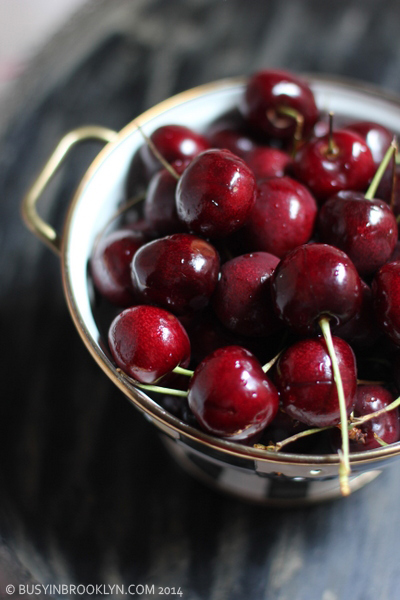 But you know me – I can never just do classic. OK, maybe I can – but I still love putting my own twist on things. That’s how my strawberry limonana happened. 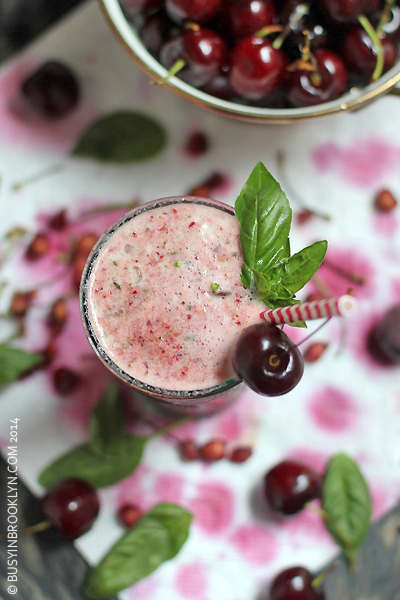 This year, I decided to try using my new herb obsession – basil! I’m putting it in salads, stuffing it into sandwiches, and now, even drinks! Strawberry-basil is a classic combination, but it works amazing with cherries too! 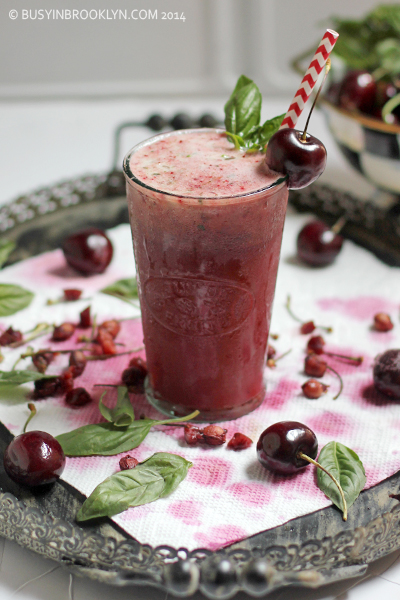 I love the idea of adding fresh fruit to my lemonade, but if you’re not fond of having bits of cherries in your drink – check out my variation for an infused version instead!

Add all ingredients to a blender and blend until slushy.

VARIATION: If you don’t like having the pieces of cherries in this smoothie/slush hybrid, you can boil the cherries  with maple syrup and water until the cherries are soft. Puree the mixture in the blender with basil leaves and pour through a strainer. Blend the cherry-basil infused syrup with the lemon juice and ice. 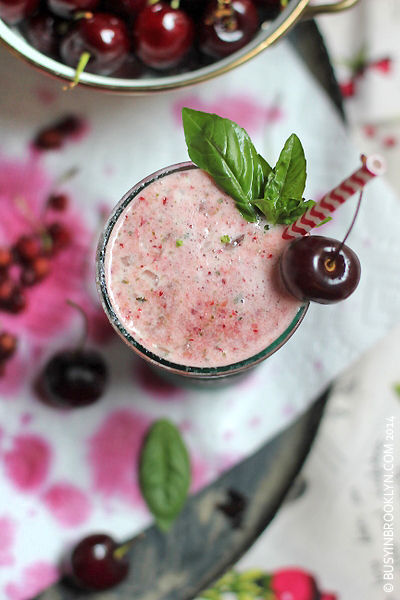