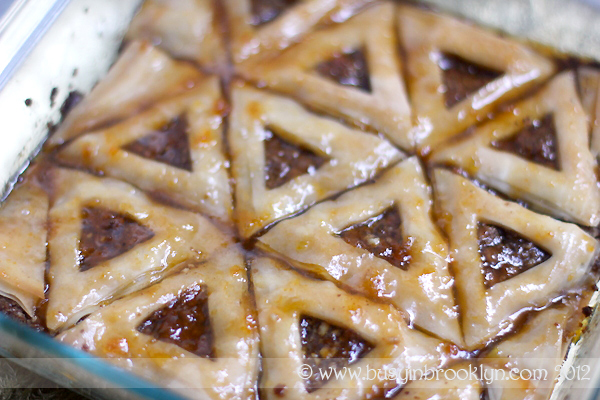 “Good, better, best; never let it rest till your good is better and your better is best.”

Have you ever heard that quote before? Well I don’t know who came up with it, but it should be my motto. Ever since I can remember, I’ve been trying to outdo myself. It’s like I’m in competition with me. And the funny thing is, I’m not even a competitive person. I couldn’t care less what the next person is doing. I just want to outdo ME.

Nothing brings this out more than Purim. I spend an entire year thinking about what kind of crazy, amazing. blow-your-mind kind of idea I can come up that will outdo what I’ve done the year before. Since last year’s sushi hamantaschen were such a huge hit, I knew it wasn’t going to be easy. It had to be a twist on a classic, a creative reversal of the expected, and it had to resemble hamantaschen. Not an easy feat, I tell you!

I surfed pinterest for inspiration, flipped through cookbooks for ideas and wracked my brain until I hit the finger-‘lickin jackpot. BAKLAVA HAMANTASCHEN – oh. em. gee. 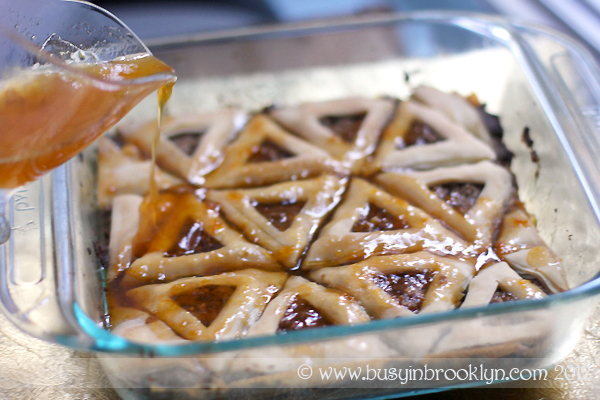 To really capture the spirit of the story of Purim (set in Persia in the year 3392), I turned to a classic Persian recipe: baklava. Traditional Persian baklava uses a combination of chopped almonds and pistachios spiced with cardamom and a rose water syrup. Since I really wanted to turn things upside down (VeNahafoch Hu, right?), I switched up the rose water for apricot jam syrup (a’ la classic hamantaschen) and cut my baklava into true hamantasch shapes. The result is a decadent sweet and adorable treat that will be the talk of your Purim seudah!

Now if you’re the type who doesn’t mess with tradition, you may go ahead and prepare your baklava a’ la classique, rose-water syrup and all. Just make sure to cut them into hamantasch shapes, to really capture the Purim spirit.

Now tell me, how on earth will I outdo myself next year?!

Grease an 8″x 8″ baking dish with melted butter and set aside. Add the chopped nuts, brown sugar, cinnamon and salt to a food processor or blender. Pulse the mixture until the nuts are chopped more finely (but not ground) and the mixture is combined.

Remove filo from packaging and cut sheets so that you have 18 squares the size of the baking dish (a little smaller than 8″ x 8″ so it fits well). Separate the filo into 3 parts with 6 square layers in each. Cover the layers with a damp cloth as they tend to dry out quickly. Starting with the first set of 6 layers, brush melted butter in between each layer, placing them in the baking dish on top of each other.

Take the third stack of filo dough and brush butter in between each layer, but DO NOT layer it in the baking dish. Instead, set the buttered stack on your work surface. Using a triangular-shaped cookie cutter, gently press your knife down on the filo dough to form triangular-shaped guides that will show you where to cut the filo later. MAKE SURE NOT TO CUT THROUGH THE LAYERS OF FILO DOUGH. This is only meant as a guide to show you where to cut the baklava later, when all the layers are stacked. Once you have drawn your guide, take a smaller triangular cookie cutter and cut through the layers of filo to remove their centers, resembling hamantaschen.

Take your final stack of filo dough, with the triangular guides and hollowed out centers, and place it in the baking dish over the previously set layers. Now you can take your knife and following the guide, cut the triangular shapes all the way through the layers. Brush the top layer of filo with butter and bake the baklava at 350 degrees for 25-30 minutes, until golden.

While the baklava is baking, add apricot jam and water to a pot and heat the jam until it begins to melt into a syrup. Use a whisk or spoon to break up the jam, and continue to cook until a thin syrup forms. Remove from the heat and pour into a small jug or pitcher.

Remove the baklava from the oven and pour apricot syrup over it, brushing with a pastry brush, if needed.

NOTE: For a healthier version, you may spray each layer of filo dough with butter flavored PAM instead of using real butter.

VARIATION: You may use other kinds of nuts such as pistachios or almonds, or use a combination.

TIP: If you do not have triangular shaped cookie cutters, you can prepare your own template using heavy cardstock to serve as your guide. 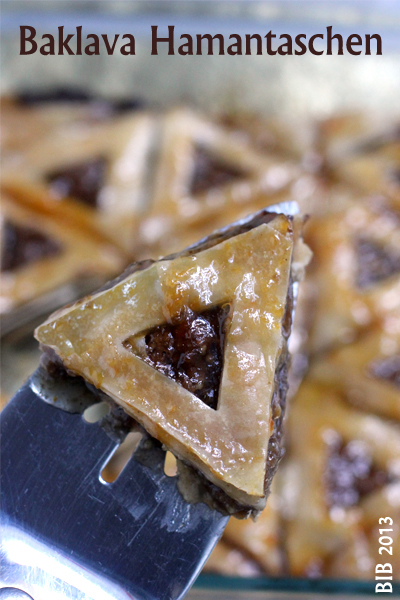