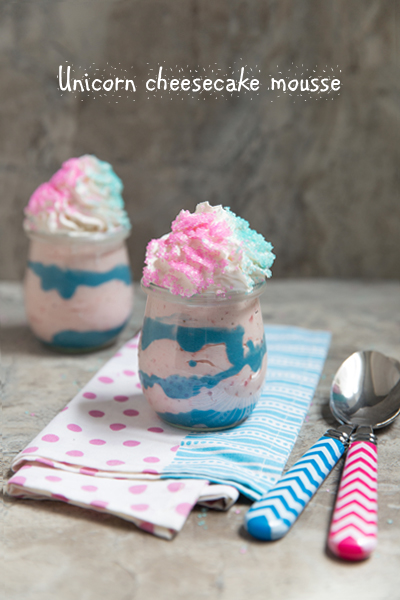 CAN’T STOP, WON’T STOP. That’s my motto this holiday season! When the internet went gaga over Starbuck’s unicorn frappuccino recently, I knew I had to get in on the unicorn fun – and here. it. is. Feast your eyes on this strawberry cheesecake mousse with a swirl of sour icing – so much yassssss! 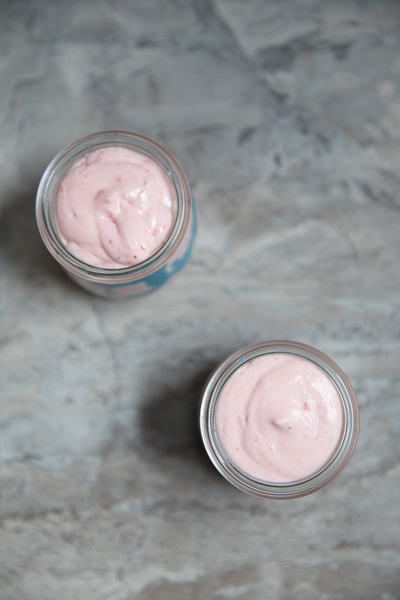 To be honest, I haven’t actually tried the unicorn frap, but I watched as my fellow foodies and blogger friends scrambled to get to their nearest Starbucks for a taste. Most of them found the drink underwhelming – but the general consensus was that the elements of sweet and sour were a cool combo for a shake. And I couldn’t agree more! 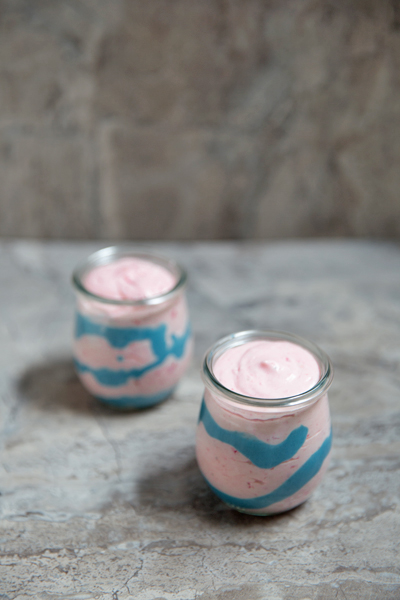 Figuring out what to use for the sour element in these was the biggest challenge. At first, I wanted to keep things natural, so I tried fresh blueberries and sour cream – too watery and not sour enough. Plus the blueberries were purple and not blue. Then I headed to Target for some freeze dried blueberries, but that worked out purple too. I finally decided to nix the healthy aspect, since this is an indulgent cheesecake mousse after all (and a little blue food coloring won’t kill anyone either) and went the route of white chocolate (a la the original Starbucks version, which was a white chocolate mocha sauce). But that was a mess. G-d was that a mess. 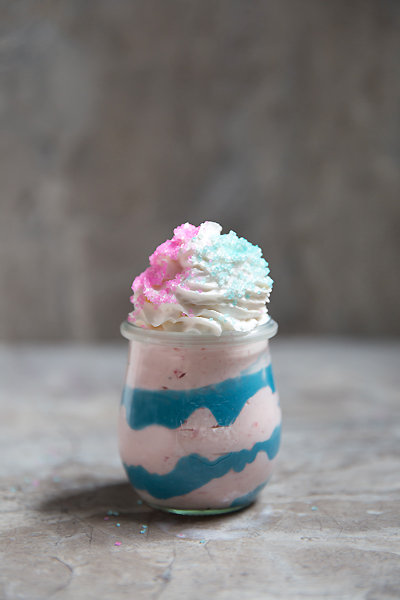 So, many tries later, I finally hit the nail on the head using my friend Shushy’s suggestion  (check her out @cookinginheelss!) of a thick icing made with powdered sugar. It was the perfect consistency for my sour swirl – made using citric acid, aka sour salt, that gives the icing that special pucker. 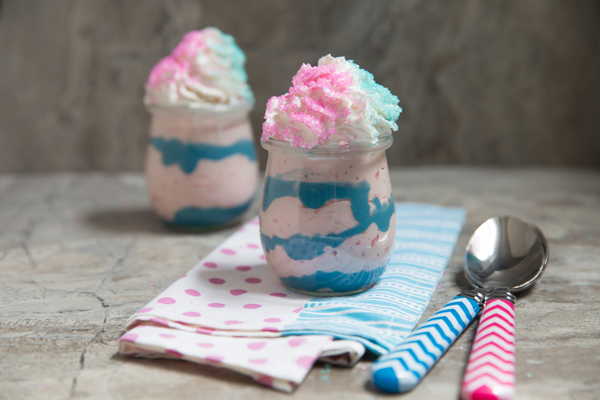 I’m super proud of these cuties and I think you will be too if you choose to serve them for dessert this Shavuos holiday! Just hush hush on the secret sour sauce and let your guests be surprised when they take their first bite. Serve with a side of fresh berries for a light and healthy(er than cheesecake) dessert! 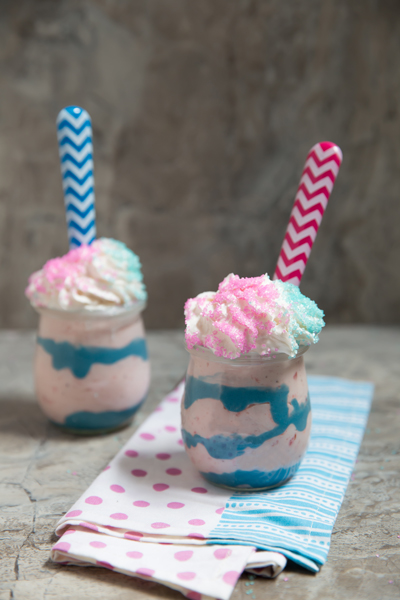 for the sour swirl:

For the mousse, whip the heavy cream until stiff and set aside. In a separate bowl, beat the cream cheese, powdered sugar and vanilla until fluffy.

Puree the strawberries in a food processor or blender, leaving it slightly chunky if you want large bits of fruit or strain if you want a smooth puree. Gently fold the strawberries into the cream cheese mixture and then fold that mixture into the whipped cream. Taste and adjust sweetness by adding more powdered sugar, if needed. Place the cheesecake mousse into a piping bag.

In a small bowl, combine the powdered sugar, water, food coloring and sour salt. Place the sour icing into a piping bag and pipe a swirl around the mousse cups.

Pipe the cheesecake mousse into the cups and top with whipped cream and colored sugar.

*if desired, mix some sour salt into the colored sugar for a sweet and sour topping. 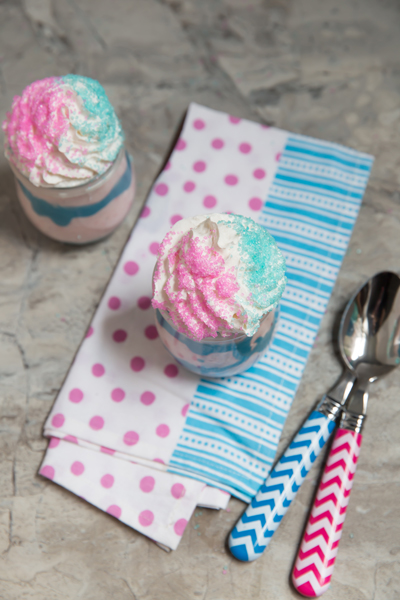