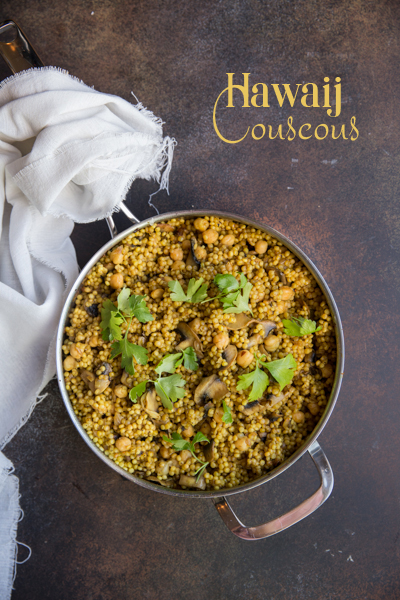 It all started with Zahav, the fabulous book on Israeli cooking by Michael Solomonov. Reading Michael’s descriptions of traditional Yemenite soup made me want to charter a flight to Israel, but I did the next best thing: I purchased some Hawaij (and practiced the pronunciation more times than I’d like to admit….CHA-WAYIJ). I was hooked. 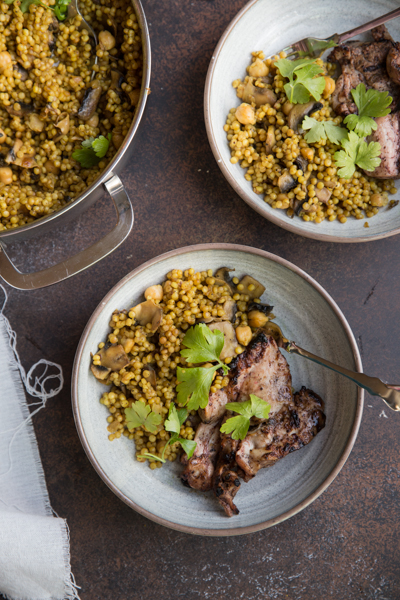 There’s just something about the warm golden spices that transports me – and I don’t even know where. I’m 5th generation American on my Mom’s side, and while my Dad is Israeli, his Ashkenazi mother was cooking up shlishkes when he was a kid. I’ve got no Sephardic blood, although I later married into a Syrian family where they cook up their couscous with allspice. This, then, is the power of hawaij, I decided. It has the ability to carry you to a place you never even knew – but it feels like home. Perhaps it’s my souls yearning for Jerusalem, the city of gold, the color of this truly intoxicating blend: Zahav. 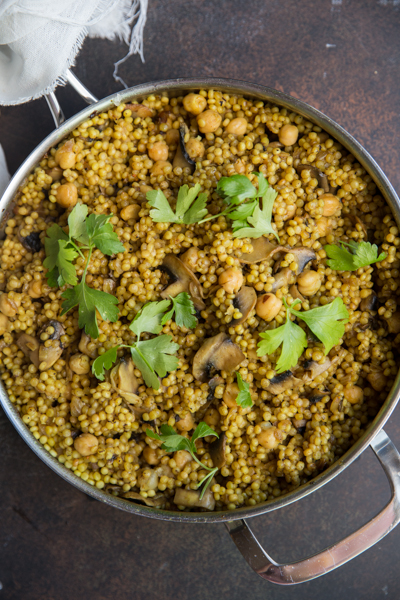 Of course the first thing I cooked up with Hawaij for soup wasn’t soup. Because I never go the traditional route (you should know that by now). Instead, I made Jerusalem Hummus in Jars, followed by Hawaij Garlic Confit  (you can find that life-changing recipe in my cookbook, Millennial Kosher), some roasted chicken and potatoes, and, yes, finally the soup (where I mixed the meat and chicken in one pot). I also explored the sweet side of Hawaij, with Hawaij for coffee – although of course not in coffee – with my Hawaij Honey Cake. 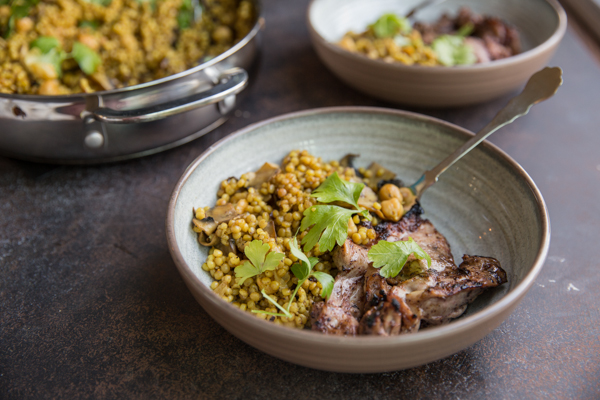 If you’re confused – let me explain. Hawaij is so good – the Yemenites decided to make two blends – one sweet and one savory. The savory one is used for classic Yemenite soup and the sweet one, for coffee. But the magic spice deserves more and I’m all over it. 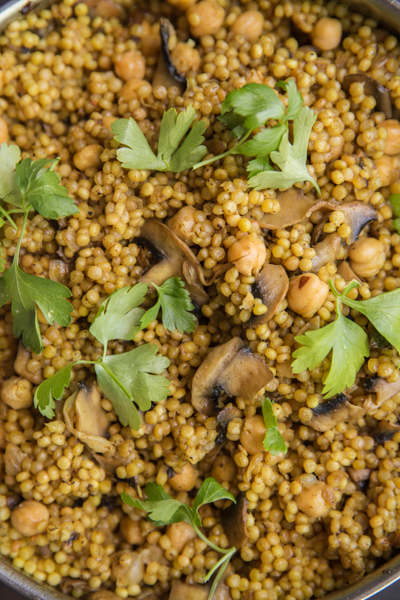 So this summer I was putting up a last minute pot of Israeli couscous when I realized I was out of chicken and vegetable stock. I prefer not to cook my couscous in water, since it’s kind of bland, so I looked through my spice cabinet to see how I could improvise. The hawaij for soup looked at me and I realized that if I didn’t have soup – then I could just let the hawaij for soup take it’s place, and then THIS happened! It’s everything you never knew you wanted in Israeli couscous and it’s about to become your go-to recipe. 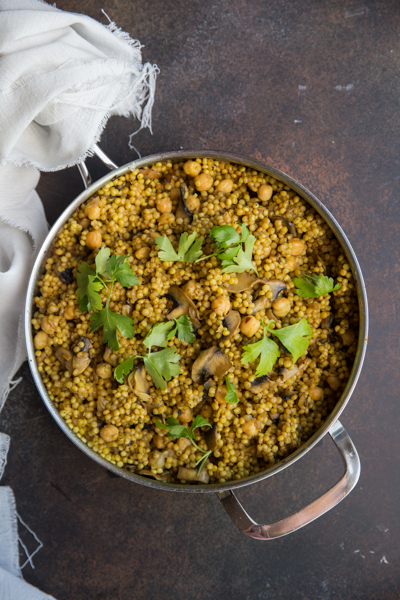 And since I know by your messages that y’all have hawaij in your cabinets by now, no need to go searching. Just make sure you use the savory blend otherwise this will be a couscous to remember for other reasons  (insert facepalm here!).

Heat 2 tbsp olive oil in a deep skillet and saute the onion until deeply golden. Add the mushrooms and continue to saute until the liquid evaporates and the mushrooms caramelize. Add remaining 2 tbsp olive oil and hawaij seasoning and continue to saute until the spices are toasted and fragrant. Add the couscous and saute until lightly toasted. Add chickpeas, if desired, 5 cups of water and salt and bring the mixture to a boil over high heat. Cover, reduce to a simmer and cook for 15 minutes, or until cooked through. Stir and serve.

VARIATION: I’ve tried this recipe with just onions, onions and mushrooms, and onions, mushrooms and chickpeas. I ended up liking the one with just onions the most but you can also try with peppers, eggplant and/or other vegetables.

NOTE: If you prepare the couscous in advance, add a bit of water, cover and steam for a few minutes, mixing with a spoon to loosen up the couscous before serving. 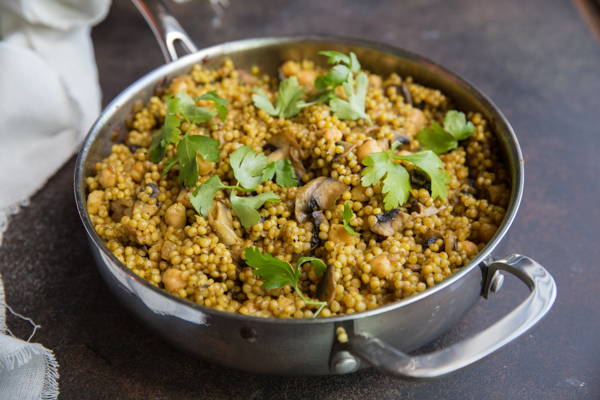