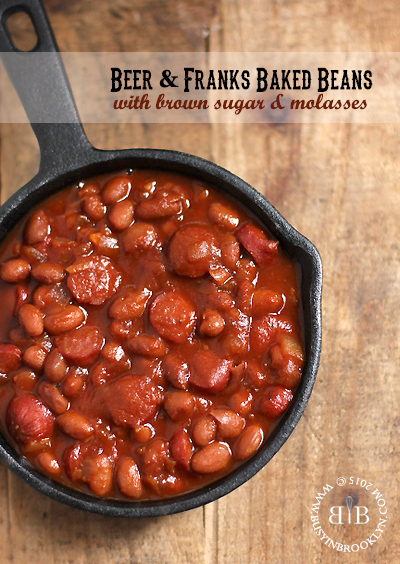 With Father’s Day soon approaching, I was wracking my brain trying to think of the most serious guy food I could come up with. It’s BBQ season after all, and there’s nothing that guys like more than to sit back with an ice cold beer and some hot dogs, am I right? A side of baked beans or chili doesn’t hurt either, so I decided to mix it all together for some serious guy grub – beer and franks baked beans, can I get an Amen?! 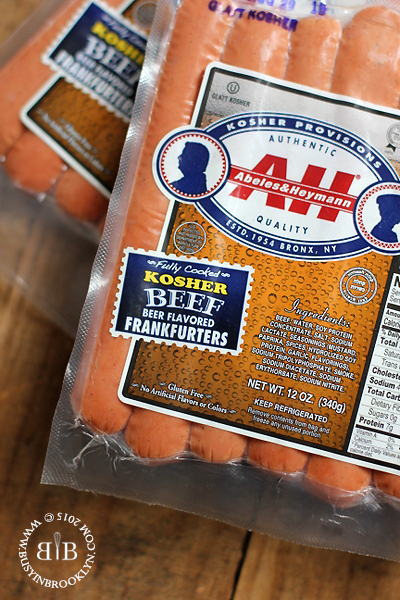 To really up the ante on this beer-franks-beans mashup, I used beer infused hot dogs from my favorite brand, Abeles & Heymann. They also make whiskey infused dogs, so if you want to try for a bourbon version, go right ahead! 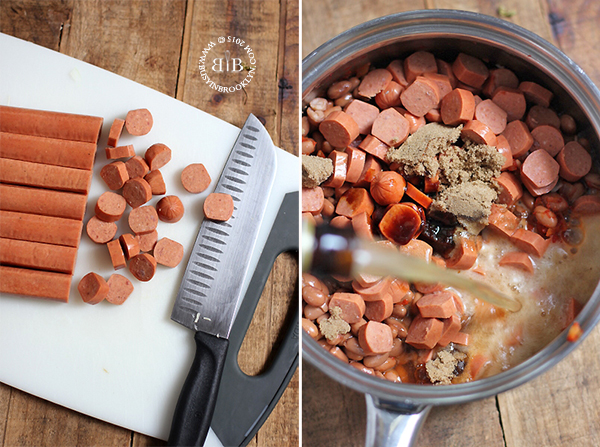 The thing about these baked beans, is that they’re not really baked, in fact, they come together quickly on the stovetop. And they really do taste like beer. So if you don’t like thick creamy stout as much as I do, go ahead and use stock instead. The brown sugar and molasses add such great flavor, you won’t even miss the beer! (Although if you’re serving this up for dad, he might!) 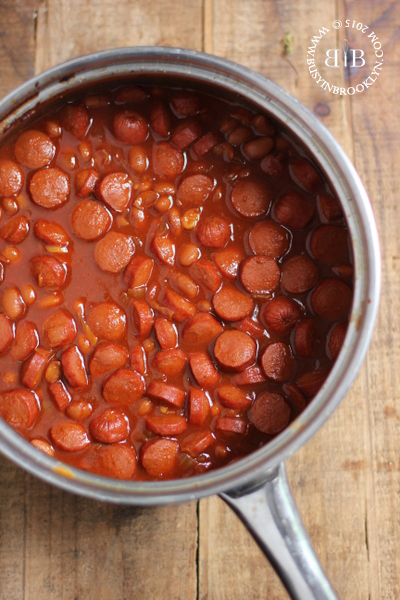 Now honestly this was first try at making baked beans from scratch (well semi-scratch if you count the fact that I used canned beans instead of dried). I usually just buy a can of baked beans and heat it up on the stovetop, straight from the can. That’s the way my mom always did it, campfire-style, and that’s the way I do it too! 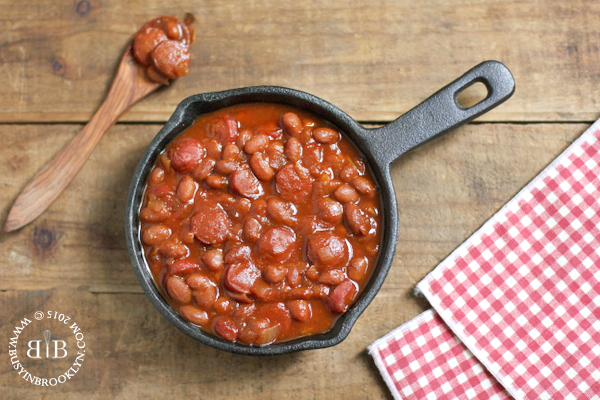 Making from-scratch beans wasn’t hard at all, it came together in no time! I love how the franks turn it into an all out meal, and I served it over mashed potatoes for some serious comfort food. My kids gobbled up their beer-infused-dinner, none-the-wiser, but I wondered if they were a wee bit tipsy, or if it was all the candy they had consumed from their last-day-of-school-parties (what’s up with that, by the way?!). If you’re worried about all that alcohol (as not all of it will burn off during cooking), you can make these adult-only. Don’t you just love the idea of spiked beans? 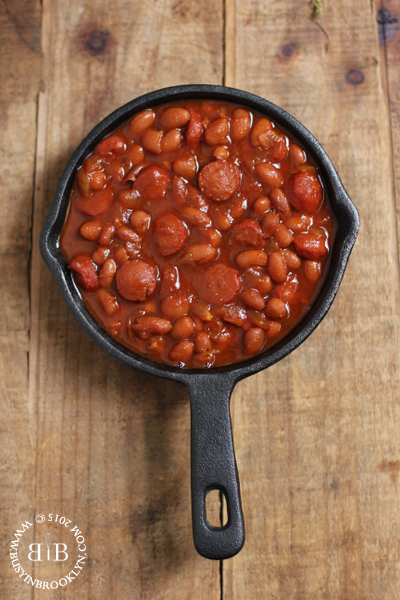 Now that I’ve made beer infused baked beans, I’ve got all sorts of spiked foods up my blogger sleeve! Considering how viral my drunken hasselback salami went, I’m pretty sure you’re all liking it too! 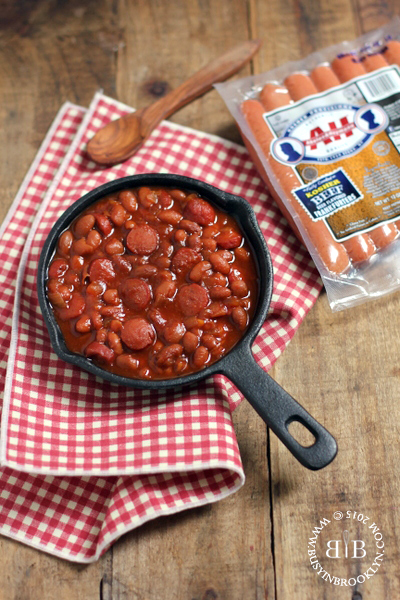 Happy Father’s Day ya’ll! Have fun, stay safe, and don’t get too drunk on these boozy beans!

Saute the onion and garlic in olive oil until translucent. Add the tomato paste and saute for a few minutes to caramelize. Add the remaining ingredients and bring the mixture to a boil over high heat. Allow it to boil for a few minutes so some of the alcohol cooks out. Reduce the heat, cover the pan and simmer for 30 minutes, or until the mixture thickens to a saucy consistency.

ALCOHOL-FREE-OPTION: Use 2 1/2 cups of stock instead of beer. Simmer until the mixture thickens to a saucy consistency.

NOTE: This recipe is on the sweet side. If desired, saute a chopped jalapeno with the onion/garlic for added heat. 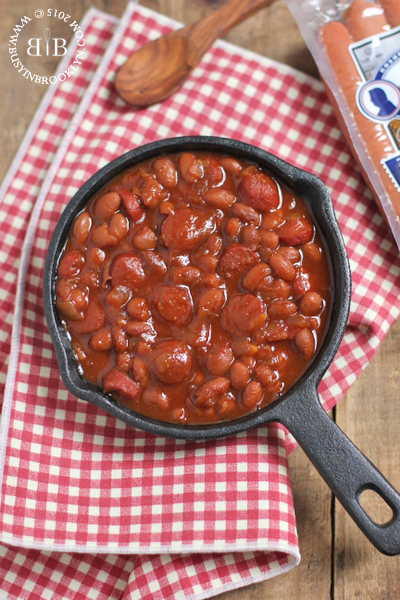